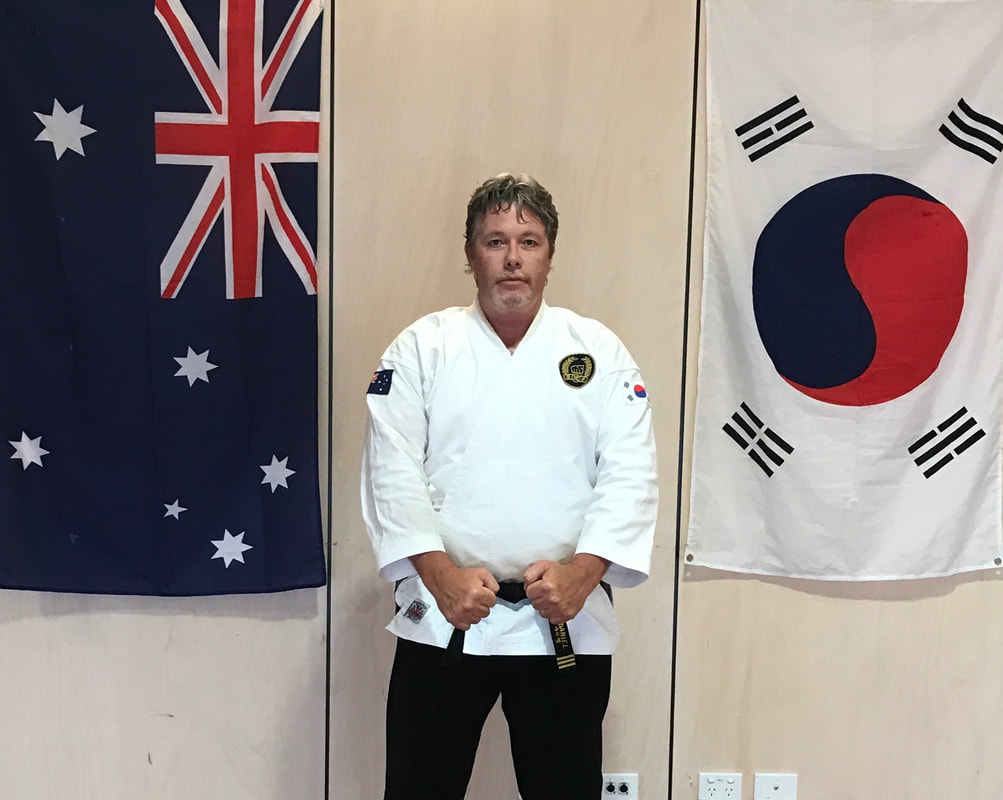 ​Tang Soo Do Eltham is now established under the guidance of Sah Bom Nim Jason McDaniel 4th Degree. Jason is a direct student of Master Ross Jackson and is considered one of the "Originals" as he was the 3rd student to register back in the 1980's when it all started. After a break from formal training to pursue his musical career, Jason returned to Martial Arts establishing a school at Beechworth Vic, this after 2 years was closed due to his relocation to Melbourne. As the highest ranked member he was appointed the Victorian Chief.
Jason has a long career in tournament success as a contact fighter from his early days and in his later years as well. His method of teaching is "old school" as he requires each student to work hard and train through the difficulties which comes with advancement, I'll do it with you is his attitude and he can be seen doing as much if not more than the students on the floor during class.